My wife Chrystina and I had a wonderful 2 weeks exploring Bavaria and a bit of Austria.

We arrived before our room was ready, so we found a local restaurant (Cole & Porter Tagesbar) and started the day with a pretzel and butter. And many cups of coffee.

Our room was only a short walk from the Rathaus-Glockenspiel in the Marienplatz district of Munich. It is a beautiful building and and amazing event to witness when the clock comes alive. It is essentially a 6 story tall cuckoo clock.

We enjoyed our first of many lunches in the Viktualienmarkt, an outdoor market in the heart of the Marienplatz. The center of the market is the most important aspect of the market: a small building where they sell draft Augustiner beer with a never ending line. This place may be one of the best experiences a human can have.

Our room had a nice view of a courtyard in the Marienplatz district. There is a small Italian restaurant in the background to the right, you can barely spot the tops of the umbrellas for the tables. That little spot became a regular dinner location for us for the next couple of weeks.

Ristorante Casalingo was our dinner location several nights. It is a small place in an indiscreet alleyway, but had amazing food and service.

Amazing pork and veal knuckles at Haxnbauer München, just down the street from Hofbräuhaus.

The knuckles were on display outside.

We did make the obligatory stop in Hofbräuhaus Munich.

Der Pschorr was a wonderful spot to end the day and enjoy some Bavarian beer, wine, and some food.

Both the steak tartare and the apple strudel were amazing. A fun place with a good vibe and great food.

Deutsches Museum is a must see if you have the time. The exhibits were all very fascinating, and the size of this museum is phenomenal. From subterranean mines to cool sculptures in the courtyard, this was a great place to spend a day.

We rode our bicycles over to the museum to spend the day. No, that's not us on that bicycle.

The museum was really cool, especially the subterranean sections on mining. Very much worth visiting for a day in Munich.

We even were able to see some early LEGO bricks!

We also visited the Deutsches Museum Verkehrszentrum, a museum dedicated to transportation. From early modes to modern concepts, this place houses a ton of transportation and engineering history.

Above is the world's first automobile, and below the first self driving car.

This car autonomously drove from Munich to Copenhagen and back in 1995, making over 150km without human intervention.

And what transportation museum would be complete without an electric car from 1919.

If you like vehicles and the history of human transportation, don't miss the Deutsches Museum Verkehrszentrum on your next trip through Munich.

Encompassing nearly 1.5 square miles, the Englischer Garten  is a great place to walk around and enjoy the beauty that can exist in an urban environment like Munich.

The Englischer Garten is a large public park in the centre of Munich, Bavaria, stretching from the city centre to the northeastern city limits. Wikipedia

On the river that runs through the park, surfers take turns surfing the wave that is created near a bridge.

Next to the Garten is Haus der Kunst. Behind it is a small bar with the perfect selection of beer and wine.

We were told one of the best beers in the world is the Aventinus sold at Schneider Bräuhaus. We were not lied to. You must visit this place if you love great Bavarian cuisine and amazing beer.

Our next excursion led us to the Residenz München. We literally were riding our bicycles around town and stumbled on this place.

While the residence was heavily damaged during WWII, they have done a great job restoring the grounds to museum quality.

This hall was full of marble busts from centuries of leaders from countries all over the world.

The palace contains art and architecture from Baroque to Rococo.

We throughly enjoyed the history, art, and architecture of the Residenz München.

They say Munich is the northern most city in Italy. Tonight we’re at an Italian restaurant in Eataly Munchen having a 900gram 60 day aged ribeye.

We also visited another night for some really amazing pasta bolognese.

All over Munich we found great, authentic Italian cuisine. Pizza shops and Italian menus are on every block it seems, and so far everything has been delicious.

We hopped a train for a day in Salzburg, Austria. This included a Sound of Music tour, some great food, architecture, a run in with the Prime Minister of England, Mozart candies, and lots of walking.

Soon after getting off the train we started walking and found a place to eat lunch.

From there we headed to the Mirabellgarten, where a scene from Sound of Music was filmed. This wonder urban green-space is full of flowers and intricate landscaping. It is full of locals walking around enjoying the beautiful day.

We signed up for a bus tour to visit key locations from the Sound of Music. Since so many were outside of town, it made it impossible to walk to them all. The bus ride was a great way to visit all the key locations.

In the movie the Von Trapp family crosses the Alps to flee the Germans. Crossing the Alps from Salzburg leads right into Germany. In real life they didn't have to flee by night at all.

While Chrystina shot some photos around the church and town, I grabbed a beer at Mondsee Marktplatz mit Basilika.

After riding the bus back to Salzburg, we decided to walk around town.

We got told by police to step aside as a motorcade drove up, and UK Prime Minister Theresa May got out and went into an opera with the President of Austria. I didn't snap a photo, but I did take a pic of the back of my wife's camera when she did.

Mozart was featured everywhere. They even still produced his favorite chocolate candy, and sell it everywhere.

Once back in Munich, we rented a car and drove south to visit southern Bavaria and spend the night under Castle Neuschwanstein. This is the famous castle that Disney based theirs off of.

There's nothing that feels the same as driving 185 km/hr down the autobahn.

We stopped along the way on one of the most beautiful lakes I've ever seen. It was pristine. No motors, all sail or man powered. The little restaurant provided us with a very nice lunch.

Continuing our way to the castle, we stopped at Ettal Abbey.

This monastery was founded in 1330. It has a rich history worth exploring. The monks brew beer and herbal liquor from their gardens. On a Sunday I was able to buy booze from a monk at this church.

The Baroque style of this building is hard to capture in photos. It is ornate beyond description, with gold accents adorning over the top alters and murals.

The monks grow their own herbs for the liquors they make and sell on property.

We finally made it to Hohenschwangau, Germany, home of Castle Neuschwanstein.

This is a beautiful little town with a couple of big castles.

As we drive into town we notice a small restaurant named Josy's at the bottom of the hill leading up to the Castle.

It was a great place to grab a beer and an amazing Wagyu porterhouse.

After dinner we discovered that the very long road going up the very steep hill that takes you to the very beautiful castle is closed to cars. Unless you are in one of the 10 rooms at the Schlossrestaurant Neuschwanstein under the castle.

Our car on the road on the way up. We were indeed in one of the rooms at Schlossrestaurant Neuschwanstein.

Staying in the restaurant's hotel allows for some really amazing access to the castle as sunrise and sunset.

We really enjoyed being one of the one people here all night long. All of these shots of the castle were taken while walking around at night. There were less than 10 of us walking the grounds.

A photo next to our hotel with the castle in the background.

Goodbye, Neuschwanstein. We'll be back.

On the ride back to Munich we stopped at another church, Wieskirche, the pilgrimage Church of Wies. This Rococo design from the 1740s is much different than the Baroque designs we've been seeing.

This 1740s church was very active. While we were there the choir was practicing for an upcoming concert. Locals packed the pews listening to a beautiful performance by their neighbors.

We then stopped at a very small restaurant attached to a motorcycle shop. The schnitzel was some of the best I've ever experienced.

This art museum is a treasure of Peter Paul Rubens and other Old Masters.

The Alte Pinakothek is an art museum located in the Kunstareal area in Munich, Germany. It is one of the oldest galleries in the world and houses a significant collection of Old Master paintings. The name Alte Pinakothek refers to the time period covered by the collection—from the fourteenth to the eighteenth century. Wikipedia

Seeing this Vermeer was one of my favorite parts of this trip. It was truly magical to stand in front of this great piece of art. I had no idea how beautiful Vermeer's work was until I saw it in person. Photos do it no justice.

The lighting in this Honthorst was hard to imagine; it was so real. This museum ended up being a lot cooler than we expected.

The collection of Peter Paul Rubens was breathtaking. This room was built to house this painting, one of his most famous. They had rooms full of Rubens, all equally impressive.

I highly recommend the Alte Pinakothek for art lovers and newbies alike. It really has something for everyone.

Munich was a blast! If you are looking for a new place to visit, this city has a lot to offer. From great food, clean public transportation, friendly people, a huge outdoor market, beer gartens, a fabulous park, urban surfing, and world class art this city is a tourist's dream location. 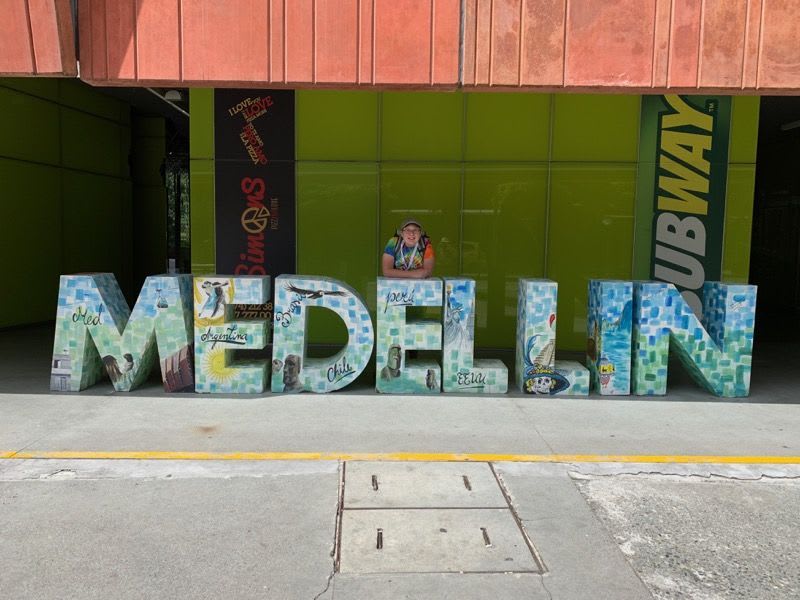 I was honored to speak at JSConf Colombia this fall with my 13 year old son, Michael. We gave a talk titled "Teaching Kids to Code, by a 13-Year-Old". 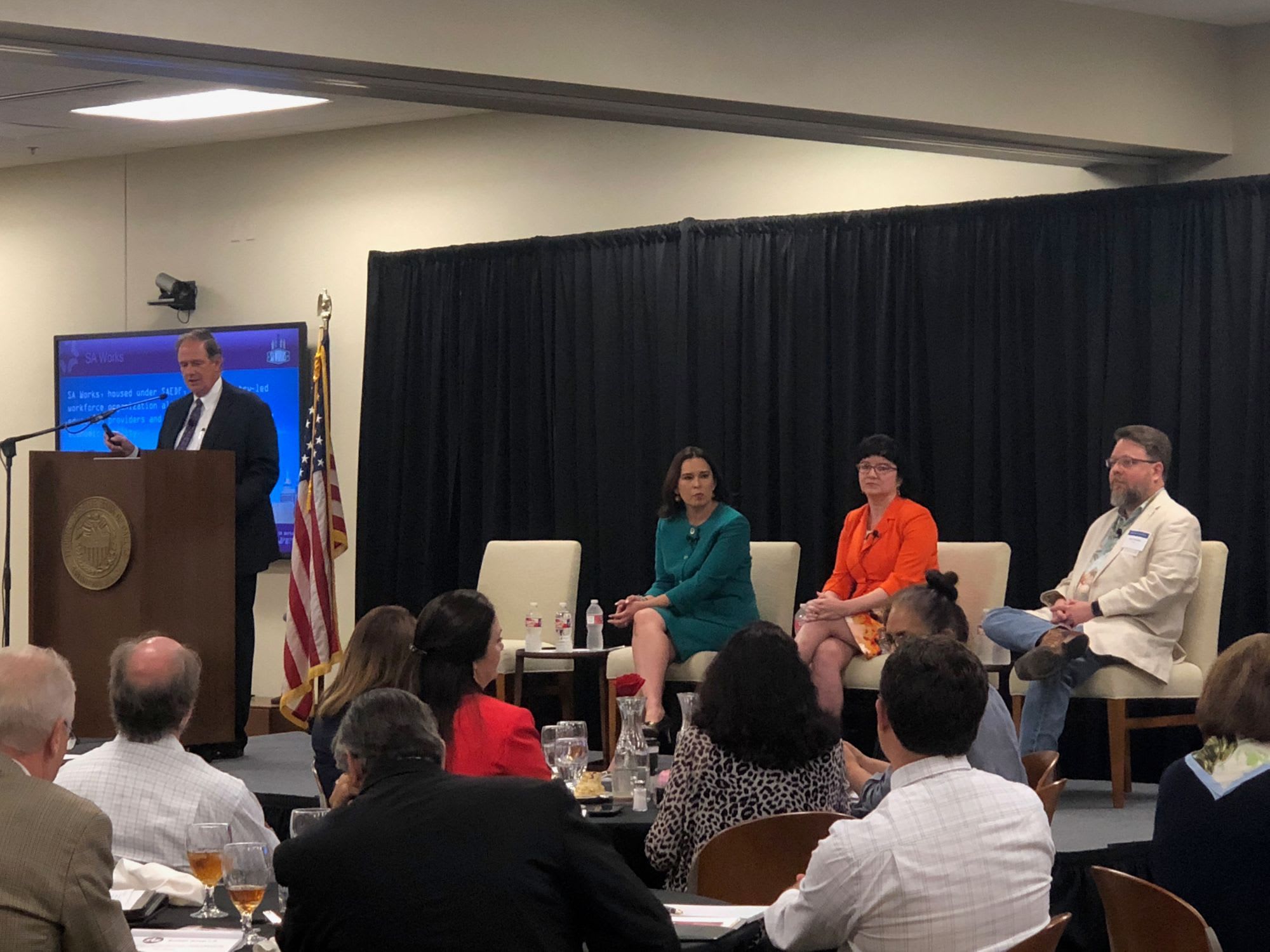 Slides from my presentation to the Federal Reserve Bank of Dallas at their San Antonio conference Vistas from Texas: An Economic Outlook.